Vaping Nicotine Strengths: How to Choose What’s Right for You

The Good Vs Evil Of Electronic Cigarettes 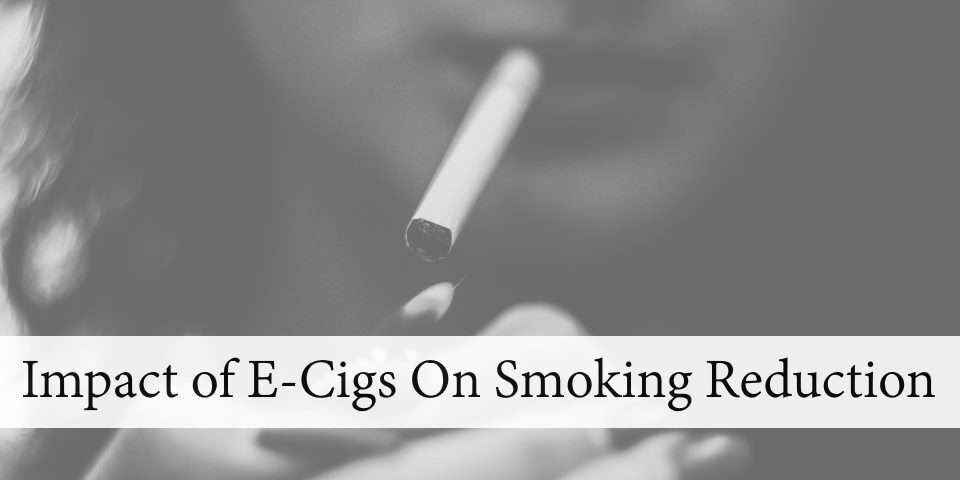 
Smoking has become an epidemic, and the effects that it has globally are seen, scrutinized, and analyzed annually by experts from various fields. The Center for Disease Control and Prevention has come up with an estimate of more than 480,000 thousand deaths taking place every year from firsthand and secondhand smoke, estimates that take into consideration both genders. As the CDC states on its website, “Tobacco use is the leading preventable cause of death in the United States”.

Such a strong statement does ask for actions to be taken in order to curb this large number of deaths. Both governmental and non-governmental organizations have focused more and more of their public campaigns on calling awareness to the dangers of smoking. Ads for cigarettes have been pulled from cinemas, from TV stations and each pack does come with printed warnings on it specifying the health risks that are linked with smoking tobacco. Smoking is linked with coronary heart disease, many forms of cancer at the level of the human body, respiratory infections and event perinatal conditions such as sudden infant death syndrome. Despite all of these prevention tactics, the number of smokers globally did not decrease based on expectations as low as it was needed.

The next step in trying to deter people from smoking is to try and offer long-term addicts options to aid them in the process of quitting. The most significant issue that individuals have is that they are addicted to nicotine, to various extents. In order for their recovery process to be successful, nicotine replacement therapy has been a medically-approved way to use over the counter medication to give the body nicotine, the addictive substance, yet eliminate the inhalation of dangerous chemicals and carcinogens through smoking. Some of the most common NRT products that have gained popularity over the years are nicotine patches and nicotine flavored gums. The nicotine found inside them allows the body to deal with withdrawal symptoms that may cause drowsiness, headaches and even irritability.

The Difference Between NRT Products and E-cigarettes

The reason why every doctor will recommend that his or her patient start to use NRT products as an aid for smoking withdrawal symptoms is because they are FDA regulated. This means that they are safe to use and that they contain no harmful substances for the body. The problem with e-cigarettes is that the U.S. Food and Drug Administration does not currently approve of them. Not only this but not a lot of research studies have been published in order to document the short term, and the long term effects that are using e-cigarettes have over the body. Users that opt for e-cigarettes are therefore responsible for their actions in the sense that the lack of regulation implies that some of the current health effects that they will feel as consistent users or as past users of e-cigarettes are not advised, at least from a medical standpoint.

The Problem with E-Cigarettes

What e-cigarettes do differently than regular cigarettes is that they disperse a cloud of smoke by heating a solution called e-liquid. This solution contains considerably fewer chemicals than regular tobacco in combustible cigarettes. The liquid solution, based on the manufacturer that sells it, can have nicotine in it or not, and the strength level of the nicotine also varies. Flavors are often added in order to give the smoke an appealing taste and smell.

What e-cigarettes do when used as an alternative NRT product is give the user the same habitual experience that smoking offers while eliminating the carbon monoxide, the tar and other carcinogens found in regular smoke. This is not to say that vape smoke does not carry some of the same chemicals found in tobacco smoke. However, a recent study has shown that e-cigarettes contain significantly smaller levels of these chemicals, meaning that they are considerably safer to use.

However, another issue that has been addressed when it comes to the safety of tank systems being used as smoke cessations aids is the fact that e-liquids are not regulated at all. Research points to the fact that some e-liquids may contain traces of nickel, lead and chromium, which when inhaled can lead to lung health problems. Regulating these liquids would ensure that these products will be tested in order to eliminate or ban those containing traces of the before mentioned heavy metals, but until that is done some risk remains.

Are There Documented Results for E-Cigarettes?

Despite some of the health concerns that we have explained, there have been documented results that e-cigarettes work in helping nicotine addicts curb the habit and get rid of their addiction. The NHS in the UK has stated that 2 out of 3 individuals that used e-cigarettes combined with their services were able to quit successfully.

Such promising results are also supported by a small clinical trial which looked to see if e-cigarettes were better than nicotine patches for smokers that wanted to quit. The results were in favor of e-cigarette use, which goes to show that there are documented results of vape products as working NRT products.

That being said, some studies do show that e-cigarettes work when used as a form of smoking cessation. The reason these products might work better than FDA regulated alternatives could be linked to the fact that tank systems mimic the same actions that individuals do when they would smoke combustible cigarettes, which would then activate the repetitive muscle memory of taking your e-cig up to your lips, inhaling the vape smoke, exhaling and repeating. Trying to curb the force of habit by lessening its effects could be one of the biggest reasons why people who managed to quit smoking state that e-cigarettes helped them in achieving their goals.

In the end, each individual has a different experience when trying to quit smoking. For some, e-cigarettes can be the best solution to minimize the dangerous chemicals that enter their bodies while also making use of muscle memory and the pleasure of puffing smoke. Others may find that vaping only helps support old habits and keeps them away from going cold turkey the right way. The difference in opinions surrounding e-cigarette success is a reflection of individual preference.