The Rise of Children Vapers and the FDA Plan 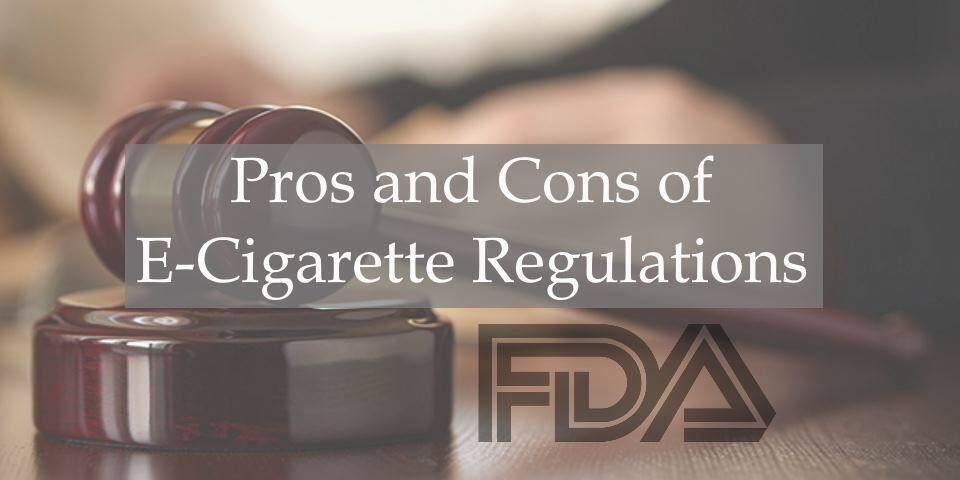 Whether you are aware of the latest changes in the cigarette industry or not, the rise in e-cigarette users has not escaped anyone. The problem with this, however, is the purpose for which e-cigarettes are being used. When we speak of cigarette addicts that look towards e-cigs as a new way to help them ease off of their nicotine addiction, these products do have a purpose and seem to be accepted by society overall. However, the problem starts to arise when these products are used by children. Health concerns and some studies have seen that preteens and teens that begin to use e-cigarettes during middle school and high school, later on, start to smoke regular cigarettes. Therefore, e-cigarettes and vaping become a gateway for nicotine addiction which does dictate that some regulations must be set in place in order to curb the rise in these numbers.

Where does the line between regulation and restriction lie? What are some of the pros and cons of regulating e-cigarettes? While this question can not directly be answered based on pure speculations, studies have been taken to gauge public opinion and assess some of the possible paths of action that will be widely accepted by the public. The research on which we will base this discussion can be found here, and it was published in the PLoS One journal. The study based its analysis on a sample size of adults from Amazon Mechanical Turk in May of 2015, and it was published the following year.

What Did this Study Find?

This study looked at the possible reasons that their sample size would have for or against regulation of e-cigarettes. The findings indicate that based on the questions, the adults reported that they agreed with eight possible reasons for regulation (this being the majority) while others agreed with the seven possible reasons against regulation. What this study can do is help organizations such as the FDA identify public consensus and help them devise new strategies in combating early vaping practices while also making regulations malleable enough to allow adults the opportunity to buy and use the best e-cigarettes and other vaping products as a way of dealing with their addiction.

What Are The Pros?

As with many other topics surrounding regulations and substance addiction, health becomes one of the main reasons that individuals decide to opt for when voicing their opinions pro-regulation. The same situation happened in this study as well. The participants agreed that they would be for regulation if this regulation would ensure that youths would have less access to these substances, to combusting or non-combusting products and the e-liquid that is used. Continuing off from this idea, the regulation would also help benefit a greater understanding of addiction, its pattern, how it affects each individual and how it grows and diminishes based on internal and external factors.

Former smokers are the one affected the most when it comes to addiction patterns and possible health risks. However, regulation could also help them. With the needed access to e-cigarettes, researchers will be able to pinpoint the evolution of former smokers and the ways in which such products affect them.

The study had also found that the participants would agree with regulations if it would mean that regulations would be imposed when it came to advertising and restricting it so as to prevent young people from becoming addicted. However, one of the questions that we would like to ask here is where would the battle against advertising end and where will censoring begin? When it comes to advertising, regulating it when it comes to commercials, how it is depicted in movies and TV shows is only fair. The problem starts and could lead to censorship when we start to dig into social media. Teens and preteens spend time daily on social media, and here they could be exposed to content based around the vaping from content makers willing to market their skills and turn them into entertainment and a way to promote their selves.

Overall, the restriction would be beneficial for trying to curb the rise in child and teen vapers. This is something that almost everyone agrees with which would mean that new policies, whether they come from federal, state or local levels, will have to create a balance between regulation youth use and adult use of e-cigarettes.

What Are The Cons?

The biggest reason that participants in the study identified as their strongest disagreement with regulating e-cigarette use would be the fact that it would infringe on one’s individual choices. The discussion on whether e-cigarettes are truly harmful or not is still underway, and while this still takes place, people argue that they should be allowed to make their own choices with what products they use without the government overseeing the process.

Moving away from the study, past regulations have also seen some form of success but not a complete one. For example, historical examples of regulations could refer to the ban on alcohol and also the war on drugs. When it comes to drugs, while there are stringent penalties linked with consumption, manufacturing, and distribution of them, this does not stop people from getting involved. What they have done is decrease the number of addicts and dealers over time but not completely curb it. While the use of drugs is still something to condemn, the main issue here is an addiction. Addiction is hard to curb and end.

If the use of e-cigarettes could evolve into a form of addiction with negative effects, regulating it will not stop the level of use. It could significantly lower the number of people that use them, but it would also hinder past smokers from trying to use these products in order to quit. Therefore, regulating e-cigarettes would help feed the flame for nicotine addicts.

In the end, the topic of regulation is a very nuanced one. This study has helped raise a number of valid reasons for and against regulation but public opinion is still vastly biased, and until a study or a research project uncovers a series of very negative health concerns, the sides on the matter will still be largely equal.