Tourists Face 10 Years in Prison for Vaping in Thailand 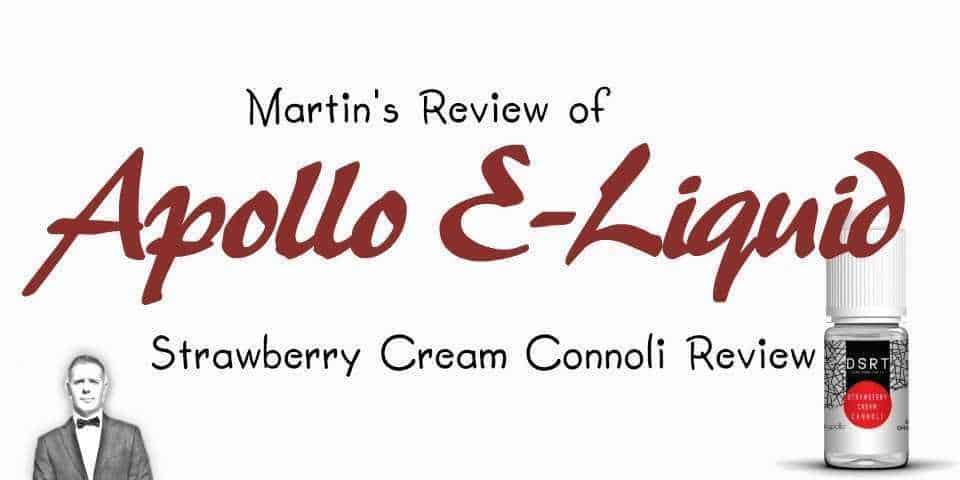 We have tried and tested a number of eliquids over the years, so we thought it might be a good idea to ask a complete newbie vaper to test out some eliquids for us and tell us what they think. Here’s a review by Martin in the UK, who as you can tell, isn’t exactly familiar with the vaping terms!

After finding the best e-cig for my needs, I find myself walking down the high street doing my impression of The Flying Scotsman, with the clouds being emitted from my lungs, I got the impression that the local population was getting annoyed. Short from being chased along the road by an angry crowd with pitch forks, although these would probably be smart phones as we have a need to film absolutely everything, I quickly put away my 80’s disco cloud machine and headed to the carpark.

I checked my top bit, which has a see-through glass, and noticed I was almost out of juice. Why do we call it juice when we can’t drink it? Anyway, I had this new flavor to try and this was the ideal moment. Though the cars queuing up behind me at the carpark exit didn’t agree. Before putting my coin into the machine to release me from carpark captivity, I fumbled around for the new juice. After around 10 seconds there was an irate bunch of inpatient motorists beginning to dribble from the mouth. After a quick squirt into my top bit I was good to go.

Top tip for motorists, do not try to fill your top bit on the move as you will spill some and walk around all day with a urine type stain around your crotch area.

Luckily I have one of the best vape mods, so it’s pretty easy to hold there!

As before, you have to suck the previous flavor through. There is a stage when you think that the both blended together would make a brilliant flavor and you are the master and will give it a really cool name like ‘The Hobgoblin’. Then the realization hits you that the stupid names given to the juices prevent you from being able to make an informed decision of what one to select to put into your top bit and savor the flavor. I have made this mistake before and ended up having a juice which tasted like the inside of a tramps sleeping bag. Yes, I could’ve gone onto the internet and researched what the actual flavor was but who has time for that?

I had a long journey home ahead of me as the roads are littered with these objects that the occupants have no idea what to do with them. Traffic light after traffic light, it seems that people are amazed that the lights will go green after sitting on red. They have a complete mental breakdown as to what to do next, for those of you that struggle you need to stop driving immediately and take the bus.

Back To The Juice!

The flavor is finally coming through and at first, I was expecting strawberry cannelloni, which I thought would be weird as I love cannelloni but not with strawberry. After checking the bottle, it was clear, I must have spent my life in a cave as I have no clue what Cannoli is (I am from the UK after all)! This one was immediately yummy and proves to be another reason why I’m addicted to vaping!

A few more sucks in and I was empty with at least another 10-minute drive ahead of me. I panicked. I’m going to have to risk the stain as if I have no control over my front toilet functions. I opened the top bit which does have a handy slide across suck part so not lose it under my peddles. I opened the juice and the lid decided to go exploring in the underworld of beneath my seat. Like opening a 3 pack of condoms with your first, I felt that the lid wouldn’t be needed as this juice would be gone within a few hours.

Like being in a nightclub and thinking that you’re going home with the best-looking person in there and getting down and dirty as you begin the deed you fall asleep. Well, that exactly what my battery did. As a smartphone owner, I realize that mobiles are now basically landlines as they spend more time plugged in than they do being mobile. I was prepared. A spare battery in my pocket is always a must along with an in-car charger for those longer journeys. All I had to do was mission impossible and change the top bit onto another battery without getting covered in a sticky substance.

Success and I still have at least a 5-minute drive with thanks to the many uncoordinated drivers of this beautiful land. They struggle with the concept of the go and stop peddle and to spice it up, the car manufacturers add another peddle and gears. If I would be strung up at the nearest post for daring to vape on a bus then I would travel on public transport followed by a very deep clean and scrub when I get off. I took the bus last year and worked out that there were at least 50 teeth between us, 32 of them being mine amongst 20 passengers. Not saying that all of those that travel on public transport are toothless but on this experience, they were.

The strawberry was amazing, my front room was like an 80’s disco, much to the disgust of the other half, who always bangs on at me about the clouds. I’m sure that if you have a non-vaper in the house you will get the same headache.

With a lot of juices, what it says on the front is not the reality of flavor, especially the ones with weird names but this one was spot on.

At last a maker who make the flavor written on the bottle. These guys are starting to excite my taste buds, like the way the thought of an alcoholic beverage does on your way home from work on a Friday. The way that picking up a bag of well know chewy sweets that kids and grownups love them so do.

This juice is smooth and an all-day one if you enjoy these sorts of flavors. I must warn you that if you do spill some over your groin area and run out of this juice be prepared to be trying to vape your garments that it was spilled on. Take it from me that this is not possible and you will be asked to leave the supermarket whilst trying to attempt this.