The V2 Pro Review By SmokeTastic 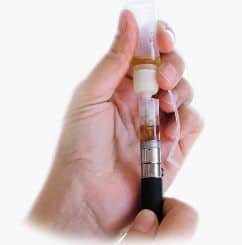 So you’ve been vaping for a little while now, and the flavor of your favorite e-liquid or juice is not meeting your need anymore, you need something stronger in taste but not in nicotine, what do you do? We take a look at your options to get more out of your vaping and start with a couple of methods known as Doublers and Triplers!

Unfortunately there aren’t really quadruples’ or googolplexes – just doublers and triplers mainly. There are also things called concentrates which we won’t go into here.

Basically, what this means for you when you’re mixing your juices to the desired nicotine level, is that half your final mixture will be made up of the doubler or a third of your mixture would be made up of a tripler.

To make things even more complicated, you have a choice of different liquids you can use. The two ones we’ll talk about are PG (Propylene Glycol) and VG (Vegetable Glycerine). The majority of e-liquids around the world are made using these two base liquids, both are used in food and considered safe by the FDA.

VG is a thicker liquid – about the same thickness as runny liquid glucose. PG is a thinner liquid, but thicker than water.

VG is said to carry more flavor than PG and is good for the very few people who may have allergies to PG. PG is used to increase TH (Throat Hit) which is that feeling you get of actually inhaling smoke as a vaper vapes.

For this tutorial, we are not going to worry about what liquid you use because that makes it more complicated and we discussed the best e liquids here in the past.

Let’s have an example of these mixing shenanigans!

eg: You want to make 30ml of 16mg e-liquid to vape. You have 36mg nicotine liquid you’ve imported.

Let’s say you bought 100mg nicotine e-juice to mix with your flavors. We’ll use the same example – You want the end result to be 18mg.in 30ml.

Your perfect blend of PG/VG is another topic we’ll have to discuss in the future. To be honest, it’s a personal taste, so I hope you start experimenting, after all that’s what it’s all about to find the perfect e-juice for you!