The Truth About Vaping Explosions – Are They a Myth? 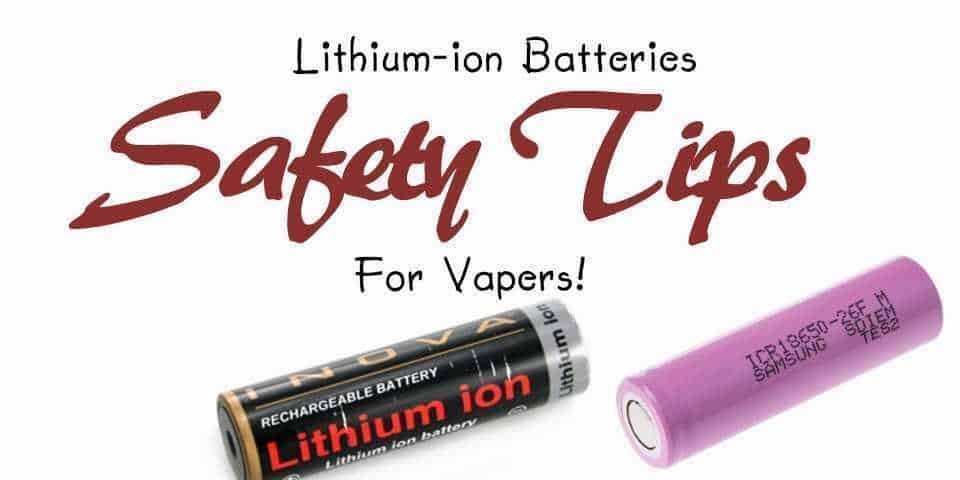 Many readers have asked me about battery sizes, charging and handling tips. Most of the best vape mods use 18650 rechargeable batteries or a built-in Lithium-ion battery, and I don’t think anyone can build a more powerful compact mod than the SMOK GX350, before battery technology improves. So, until Elon Musk finds a way to revolutionize 18650 batteries, Lithium-Ion cells are the most energetic rechargeable batteries available. Lithium (the element) is highly reactive and can store a lot of energy, which means a very high energy density.

Unfortunetely there are a lot of miss representation over the safety of vaping deivces, such as box and vape mods. You here in the news about vaping products bursting into flames, which you can read more about in our investigation into vaping devices exploding, but the short answer is that it is all about the care, and in most instances, the quality, of the lithium-ion battery.

Check out all our Vape Deals where your sure to find a bargain!

A short-circuit occurs when the separator sheet that keeps the positive and negative electrodes apart gets punctured, and allow the electrodes to touch. If the battery gets extremely hot, its pressure-sensitive safety vent hole will eject extra pressure. In a separator failure, lithium-ion gets hot enough to expel or vent the electrolyte fluid which can ignite in an explosive event that may cascade to nearby cells, with dramatic results.

While the battery charges, the lithium ions move through the electrolyte fluid from the positive electrode to the negative electrode. During the discharge cycle, lithium ions move back to the LiCoO2 from the carbon. This movement happens at high voltage, and each cell can produce up to 3.7 volts, far higher than the 1.5 volts of a standard AA alkaline battery.

All vaping gear contain a chipset with a temperature sensor to monitor the battery temperature and shut it down when it gets too hot. The more advanced the equipment, the more advanced and efficient the chipset. It contains a voltage converter and regulator circuit, monitors the energy capacity and charging state of individual cells in the battery pack and executes many more functions for your safety. This is the part of the mod which cuts off the circuit if you press the fire button for too long.

Check out our guide to the best 18650 batteries for vape mods!

If you want to learn more about these wonderful batteries, Battery University is an in-depth source.