Why Is Vaping Considered as Smoking 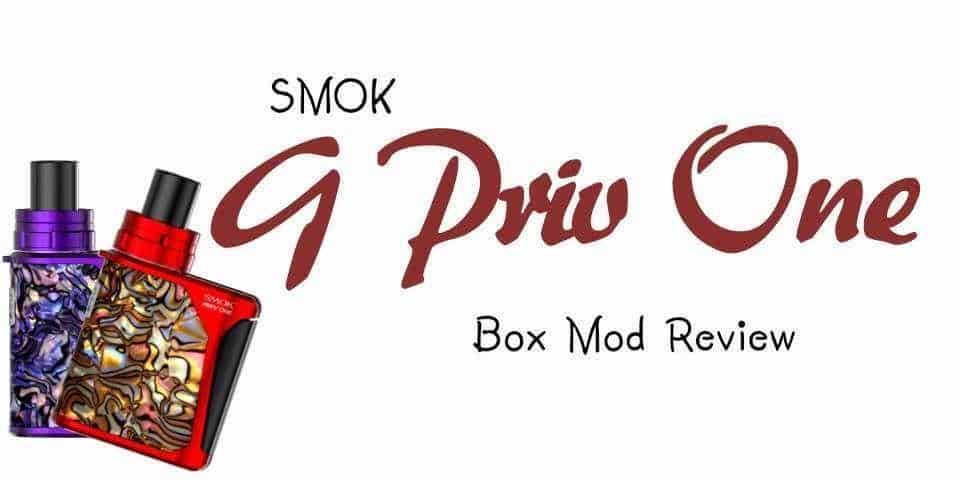 It seems like we’ve been reviewing a lot of SMOK products of late, as the company has been pushing out an array of new products recently like their popular SMOK Procolor 225W Mod. If there’s one thing that we’ve noticed over that time, it’s that many of these new offerings seem to be minor aesthetic upgrades over the company’s previous market entries. That’s not a bad thing, mind you – especially when you consider that SMOK is already one of the most cutting-edge vaping manufacturers in the industry today. Still, we’d be lying if we said that we weren’t a little disappointed in the company’s failure to introduce anything radically different in terms of functionality. In this Smok Priv One review, we’ll see if they break that recent trend with this new product.

First, let’s get one thing out of the way: this device is clearly designed to compete head-to-head with the SV Mi-One. It has a similar body shape, similar dimensions, and even similar capabilities. Again, that’s not a bad thing. However, it’s important to note so that no one assumes that SMOK pulled this basic design out of the ether. Most casual vapers wouldn’t be able to differentiate between the two without a lengthy period of examination.

The Priv One is one of those all-in-one and some argue one of the best vape mods that is great for new vapers and MTL fans alike. It comes with a deliciously simple rectangular design that is relatively short – though it’s slightly larger than the MI-One. The atomizer is built into the design, and the unit comes with a firing button that is much easier to use than the Mi-One. It’s amazing what a slightly-enlarged button can do when it comes to added convenience.

SMOK have recently also released the SMOK Majesty Box Mod kit that empowers the great features from their successful ALien kit which was released last year.

Another plus is the coils that SMOK uses for this device. The included SMOK Stick AIO Core coils are extremely well-made and carry a 0.6 Ohm rating. The device’s atomizer translates that into clouds of delicious vapor, thanks to the wonderfully-conceived top airflow control capabilities. At the lowest power settings, you can easily fill a room with the vapor from this device.  Alternatively, you can opt for coils with a lower Ohm rating and focus on flavoring, it does take a little playing around to figure out which type of vape is right for you but these types of mods generally cater for all. With those low-rated coils, you can get this unit cranking at about 60 watts. That produces a vapor that retains the great taste of your favorite e-juice.

Keep in mind, that these details are all superior to the MI-One – demonstrating that SMOK was committed to beating out that rival in many of the areas that matter most to experienced vapers. And it would be nice to think that the company succeeded in rivaling the Mi-One in every area of concern – but that didn’t happen. There are several areas in which the Priv loses out to that competitor offering.

For example, take the battery. The MI-One offers an 1100 mAh battery to power its activities. Surely, SMOK had to at least consider besting that – right? Not a chance. Instead, the Priv One was designed to run on a 920 mAh battery that you can’t even swap out for an alternative. Why? Who knows. And then there’s the juice capacity. The Mi-One comes with a large 3.5 ml capacity. You would think that SMOK would at least match that. You’d be wrong again. The Priv One can hold only 2 ml of liquid.

Granted this type of mod is really designed for those smokers looking for the best vape and really a step up from the Cigalike devices like the Juul ecig, so it’s not going to produce huge amounts of vaper, but it’s small and convenient so perfect for carrying around with you.

Now, here’s the thing about that juice capacity. In our tests, the Priv One was a thirsty little device. With a larger e-juice reservoir, that wouldn’t be a problem. With a mere 2 ml capacity to its name, however, we quickly grew tired of the refilling process. In our view, that’s a real distraction from vaping enjoyment and something that SMOK should have realized before they released this product.

The question is this: does the Priv One’s better coil features and design improvements make up for the less powerful battery and reduced juice capacity? Our review team went back and forth on this issue and ultimately concluded that it does not. The Priv One is a decent device, but we cannot in good conscience recommend it over its rivals, given its inconsistent success in beating other devices. You may also want to check out our vape deals page as SMOK often have items for sale including this mod.

None of that is to suggest that the Priv One is in any way an inferior vaping device. It’s not and in fact, SMOK has been known to produce some of the best e-cigarette products like those we mention here. But the Priv One just isn’t so dramatically better than its competitors that it warrants a full-throated recommendation. So, if you need a mod and like the SMOK brand, give this a shot. If you’re looking for a large tank and major power, however, look elsewhere. It’s as simple as that.

Smok is one of the leading manufacturers of electronic cigarettes and they have many models currently on the market: