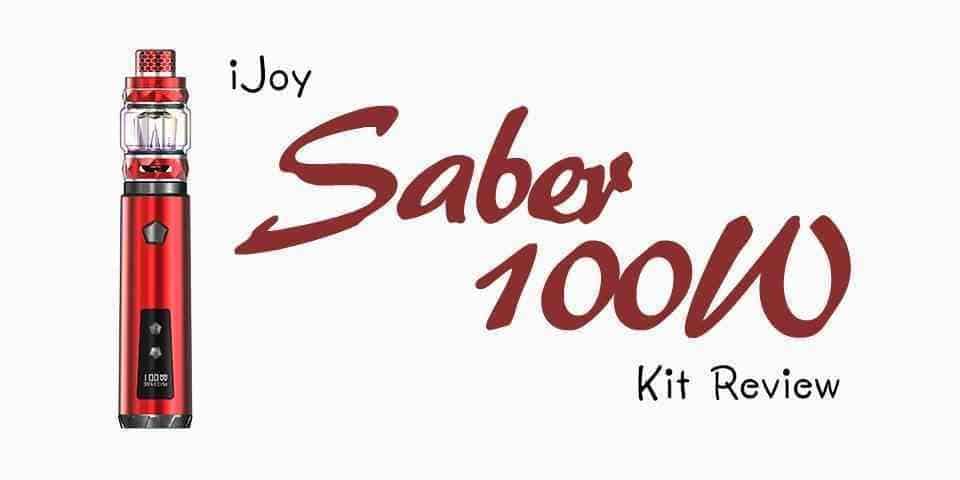 IJoy has just released a new vape pen with the capacity of running up to 100W, running off a single 20700 battery. The vape pen features the IWEPAL chip which gives you all the safety features you would expect like short-circuit protection, low-power protection, and anti-reverse power protection in case you put the battery in the wrong way. The kit is packaged with the familiar Diamond sub-ohm tank but the real question is how this device competes with the best vape pens on the market? Well, let’s take a closer look to see!

The design is on the chunky side for a vape pen and that’s hardly surprising considering it has to house a 20700 battery along with a chipset to regulate your vape. Without the tank the device measures in at 97mm tall with a diameter of 29mm at its thickest part. The top of the device goes down to 25mm diameter to avoid any overhang from regular sized tanks. Add another 56mm to the length when you add the Diamond tank.

One good thing is that IJoy are releasing a whole host of color options, including; black, stainless, steel, blue and red but along with purple, green, gold, white, and gunmetal, you’re bound to find a color you like!

Although it’s ideally used with a 20700 battery, IJoy does include an adaptor so you can use regular 18650 batteries, but we suggest you use the 20700 battery, the 18650 isn’t going to last long, especially if you vape over 40W which let’s be honest, we all do with sub-ohm tanks!

It’s nice to see that IJoy has also included a screen, albeit it’s tiny, but you can read it and has become a familiar sight with all the best e-cigs. Above the screen are the up and down buttons and higher up is the pentagonally shaped fire button. The back of the device is where the USB is housed for firmware updates if needed and also to recharge the battery. The top has a regular spring loaded 510 thread so it’s compatible with other tanks.

Capable of firing up to 100W with all the regular safety features, IJoy is trying to give the regular box mod vapers an option to switch to this style of device.

The screen is where you can see the current wattage, the resistance of the coil, battery indicator and also the puff counter.

Although there is no temperature control with the IJoy Saber, it’s just a regular power control mod. This is expected, as there are no vape pens on the market right now that produce decent temperature control functionality, due to the larger size chipboard required.

The iJoy Saber 100W Starter Kit comes with the Diamond tank which is IJoys latest sub-ohm tank. It comes with a DM-Mesh 0.15ohm coil, which is the latest craze in producing the best flavors but also has a spare DM-DM Coil also set at 0.15ohms. There are, of course, many other coil options to choose from, but they have to be purchased separately.

The Diamond tank features a bubble glass design capable of holding up to 5.5ml, it does come with a spare straight designed glass but with that your consumption goes down to 4ml. It is a top fill device with a 180degree screw thread at the top which then reveals the 2 filling holes, one to fill and one to allow the air to escape without causing leaks.

It also features large adjustable air control simply by turning the base of the tank. Overall, a large tank, capable of achieving some really good vapor clouds.

Using the pre-installed DM-Mesh coil with a recommended power rating of 40-90W we’re setting it to 40W with the coil already well saturated with juice. The flavor certainly is coming through nicely and the cloud isn’t bad, nice a smooth too. Ranking it up to 60W is a huge improvement, you start to really feel the vape.

The tank is actually really good, it’s producing great flavor the more you vape on it and definitely a competitor for the best sub-ohm tank! The mod itself seems to be holding up quite well at 60W, although when we are vaping on the top end of the spectrum we’re feeling a little inconsistency. This is probably due to the power of the single battery.

If you like vape pen designs and don’t worry too much about the size (this thing is huge for a vape pen) then this device could be for you! Great flavor production with the Diamond tank and the DM-Mesh coil, with nice smooth clouds at around 60-70 Watts, depending if you like the slightly warm vape feel.

The single battery does have some limitations though, vaping at the higher levels of the specs, is going to drain your battery faster and not sure if an all-day vaper is going to enjoy having to carry spare batteries with them.

Overall a great performing vape pen with simple to use wattage control functionality and well suited to a new vaper looking at vaping to quit smoking or a more experienced vaper who just prefers the vape pen style but wants similar functionality to their box mod.